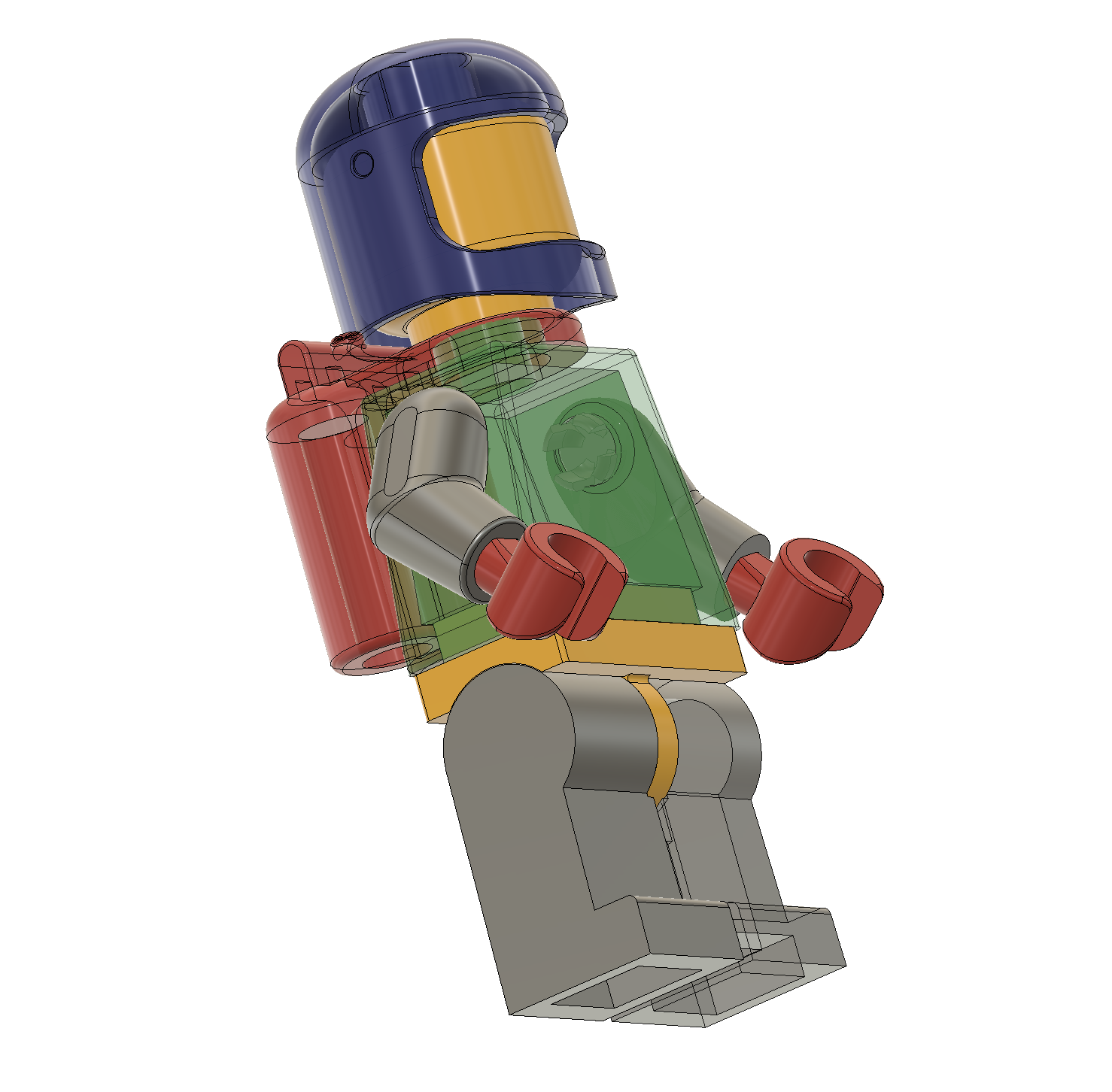 This is just an exercise to sharpen my skills in Fusion. The goal was to practice re-creating specific bodies and joints. Learned a lot from doing this. There were a lot of dimensions that I simply assumed were parallel, when in fact there were subtle things that were off.

The arms were the hardest part of this build. Most of the other pieces were pretty parametric. The arms were a little organic and finding the right angles and dimensions was tricky.

I added tolerance in the designs of about 0.1mm to 0.2mm to the joints based on what I know about my 3D printer. However, I think those need to be removed because if I print a scaled version, the tolerance will scale with it, which doesn’t make sense because the accuracy of the printer doesn’t increase with the size.